Before the Flood: Film & Trivia Night 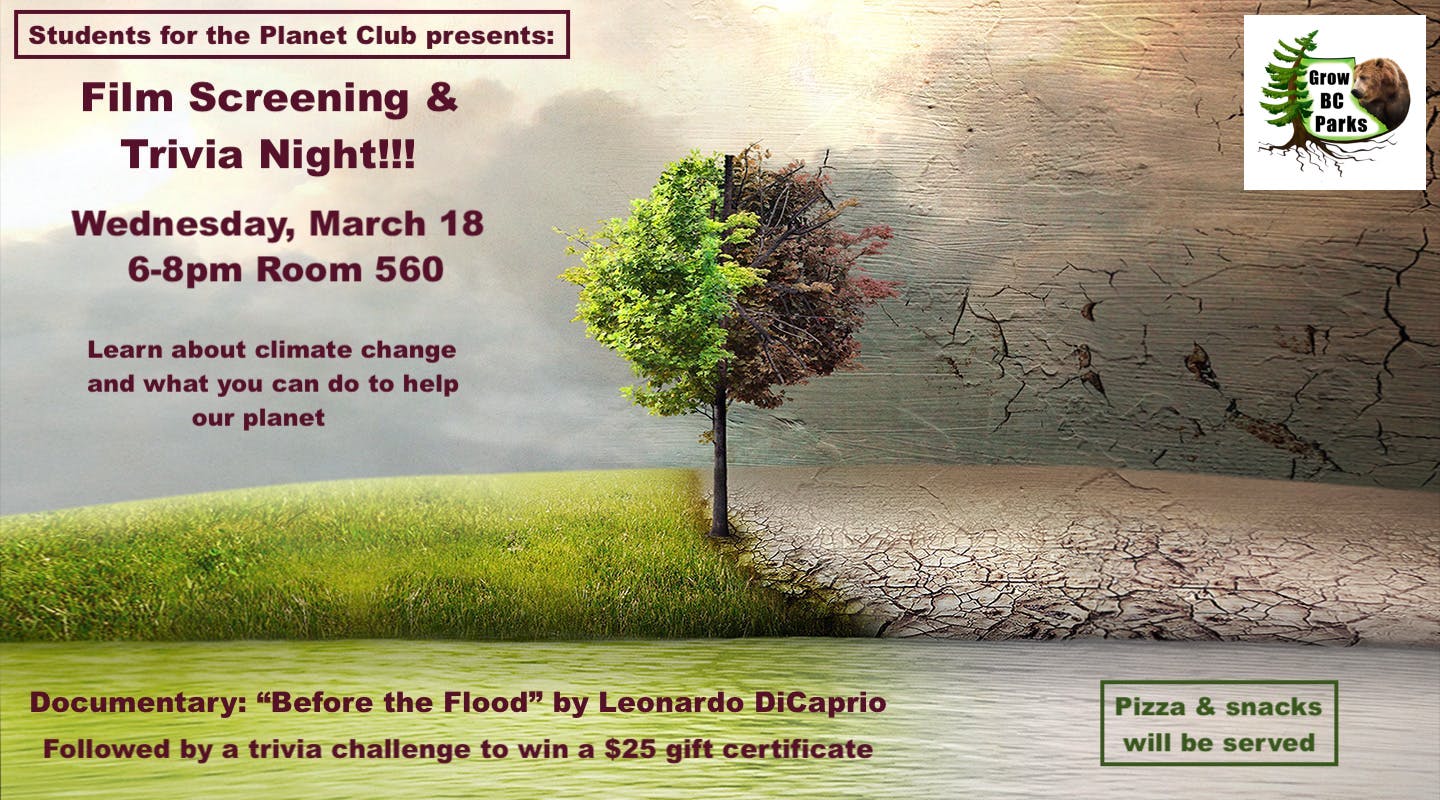 Hosted by Students for the Planet Club.

Join us for a screening of the documentary film Before the Flood (2016). Leonardo DiCaprio visits various regions of the globe exploring the impact of global warming. There will be pizza and snacks and a trivia game. Winner gets a $25 gift certificate.

At the European premiere in London in October 2016, DiCaprio introduced the film as follows:

“Before The Flood is the product of an incredible three-year journey that took place with my co-creator and director Fisher Stevens. We went to every corner of the globe to document the devastating impacts of climate change and questioned humanity’s ability to reverse what may be the most catastrophic problem mankind has ever faced. There was a lot to take in. All that we witnessed on this journey shows us that our world’s climate is incredibly interconnected and that it is at urgent breaking point. … We wanted to create a film that gave people a sense of urgency, that made them understand what particular things are going to solve this problem. We bring up the issue of a carbon tax, for example, which I haven’t seen in a lot of documentaries. Basically, sway a capitalist economy to try to invest in renewables, to bring less money and subsidies out of oil companies. These are the things that are really going to make a massive difference. … We need to use our vote … We cannot afford to have political leaders out there that do not believe in modern science or the scientific method or empirical truths … We cannot afford to waste time having people in power that choose to believe in the 2 percent of the scientific community that is basically bought off by lobbyists and oil companies.”