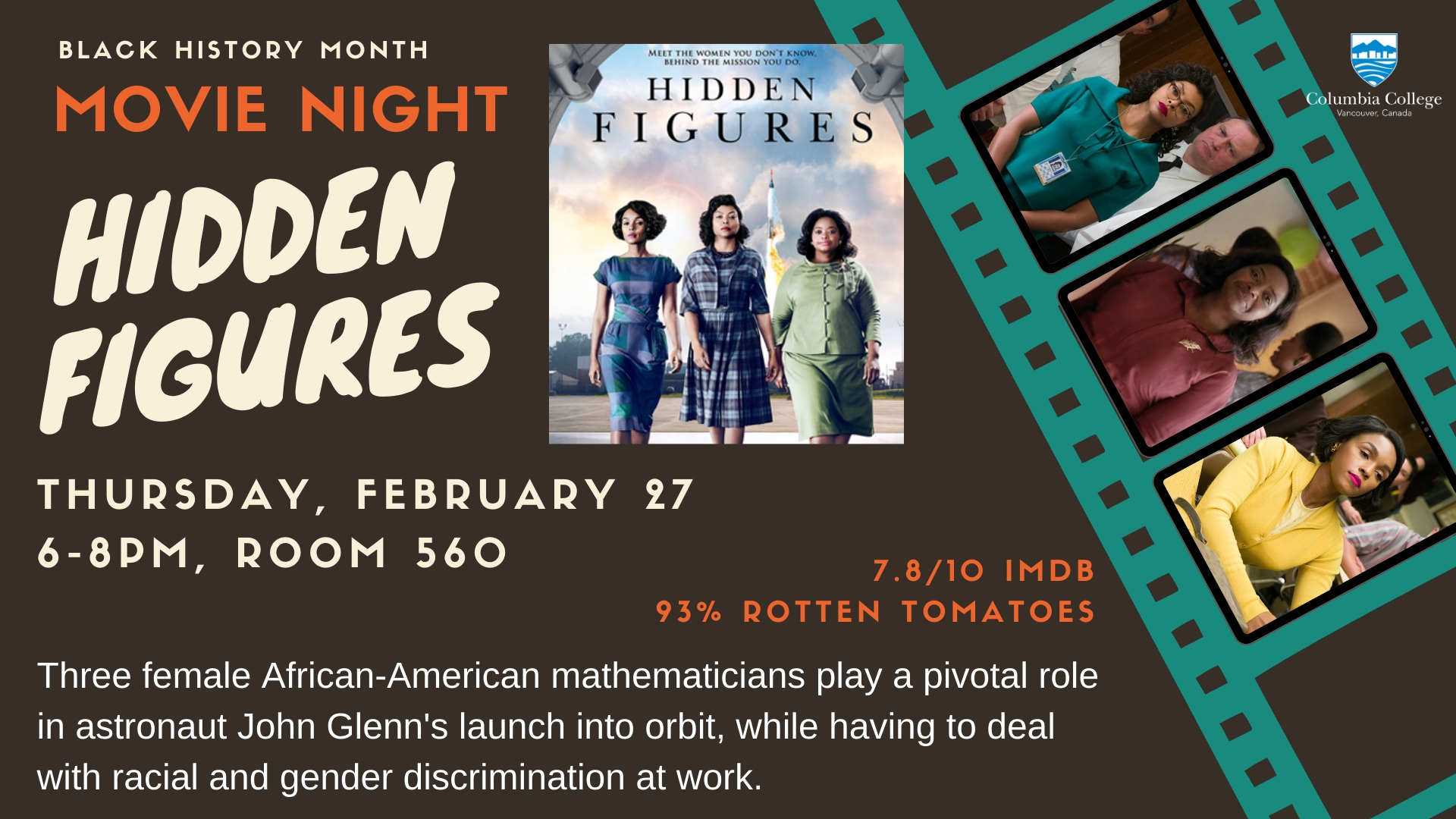 Hidden Figures (2016) is a Biography, Drama, and History movie where three female African-American mathematicians play a pivotal role in astronaut John Glenn’s launch into orbit, while having to deal with racial and gender discrimination at work. This significant movie was nominated for 3 Oscars, while being awarded with 37 other wins including in Screen Actors Guild Awards (2017), BET Awards (2017), and Hollywood Film Awards (2016). Join us this Thursday 6-8pm for a movie night with snacks – guaranteed, this movie will give you insight and put you into perspective!